Didn’t we shift from coal to oil and gas ? If so, it means that many countries have taken the habit of using less and less coal, and some might even have done it because coal production could not grow any more. Actually, coal – unfortunately for the climate – is not at all an energy of the past, and countries that have passed their peak are not that many. Still, we can find some, almost all European

In Europe, which has been the first continent to extract coal on a massive scale, a number of countries have passed their peak. 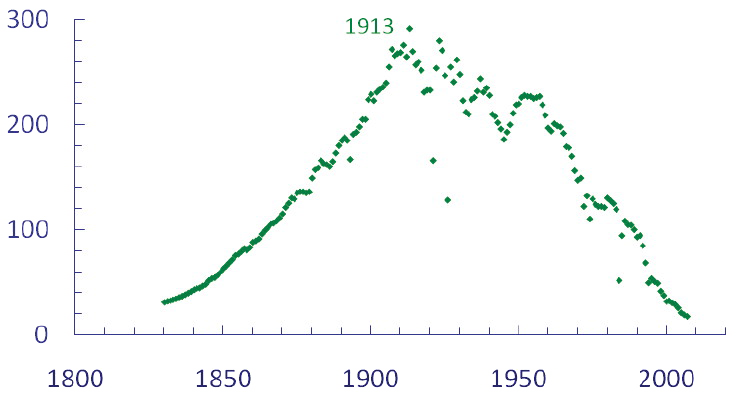 Coal production in the UK, in million tonnes. 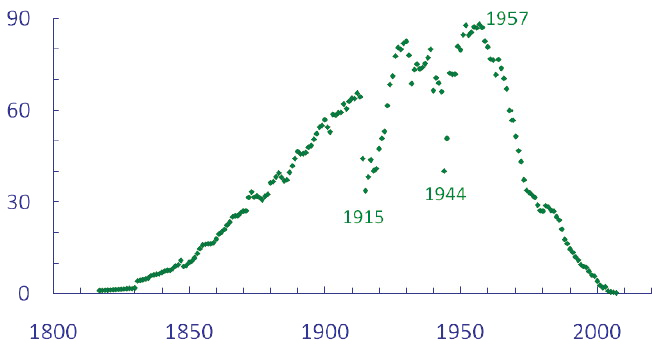 Coal production for France and Belgium, in million tonnes. 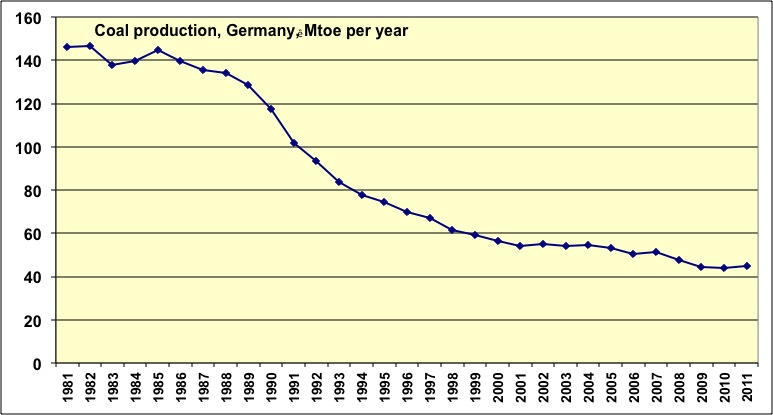 The peak seems to be well behind ! 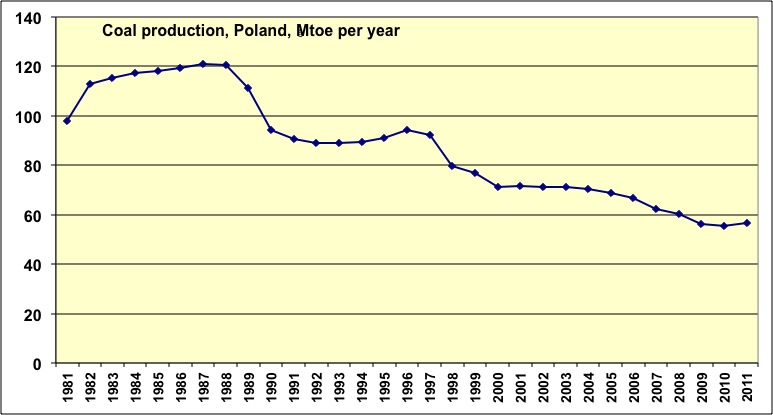 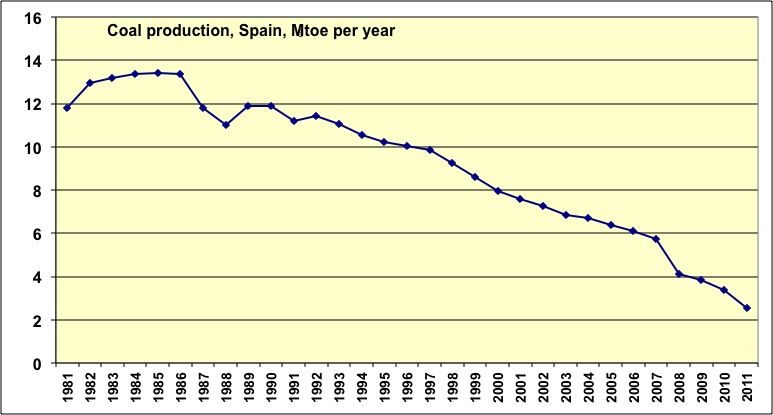 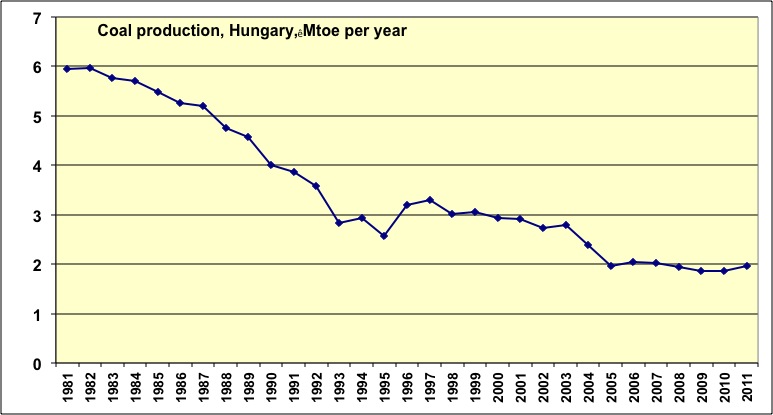 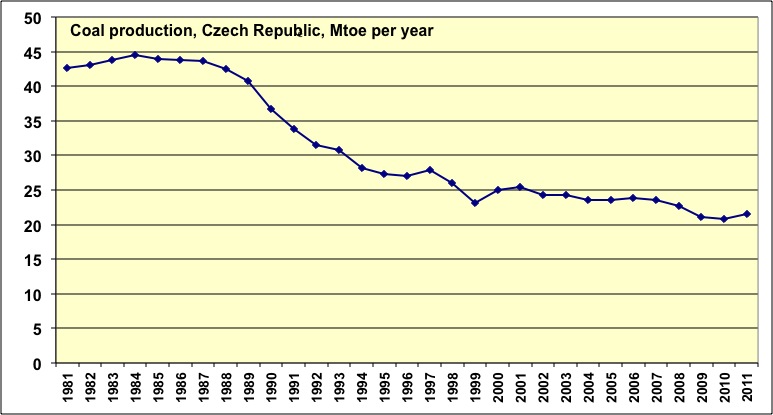 Globally, coal is declining in Europe, which is producing a little less than 60% of its consumption. 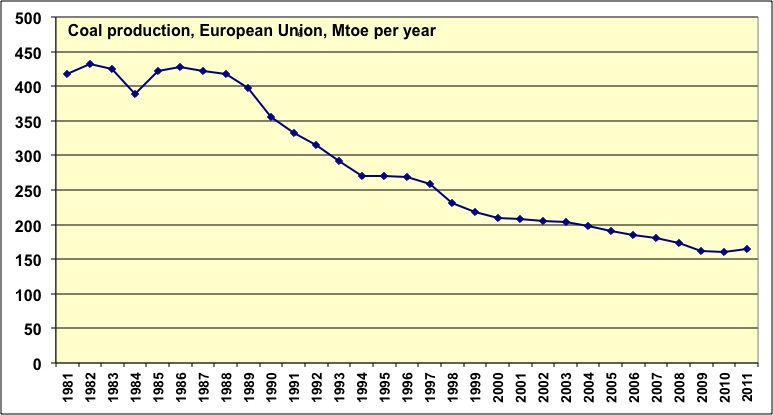 The countries of the Former Soviet Union show an interesting example of countries that passed a first peak not for geological reasons, but because of the recession that happened in these countries after the fall of the Berlin Wall, that triggered a decrease of the GDP up to 50% in some countries. As energy and GDP are closely linked, energy consumption decreased also. And as coal is mainly a domestic energy, its production fell accordingly.

The zone has nevertheless very important reserves, that leave the possibility of a new peak above the previous one. History will tell ! 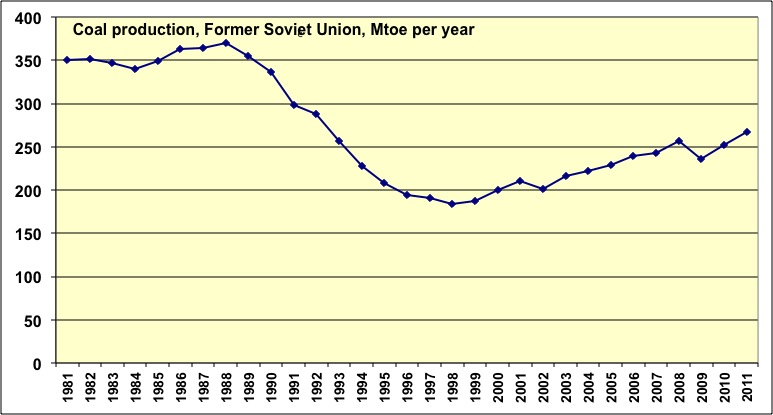 In this zone, Japan and Korea have passed their peak. 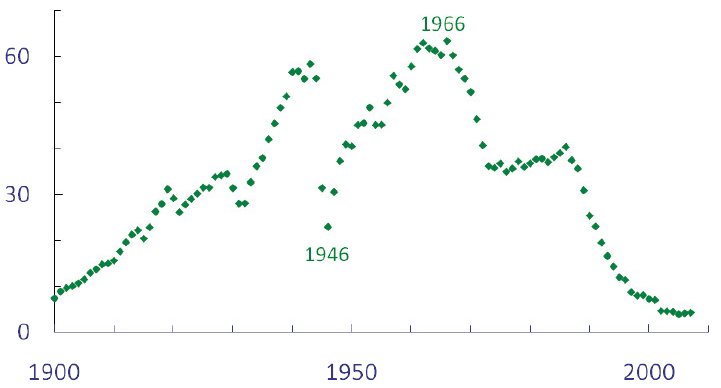 But in the same zone there is also China, which produces alone half of the world coal, and has a steadily growing production for the time being. 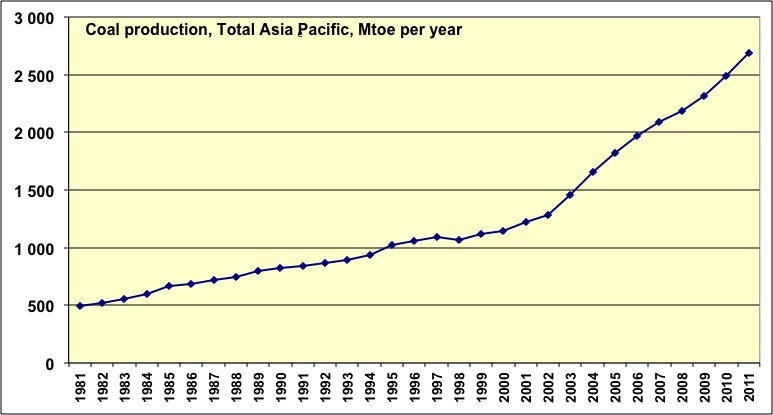 Middle East doesn’t have coal. But they have all the oil, so be it !

In this zone, there is only one significant producer: South Africa, with 99% of the total, and has not passed its peak. 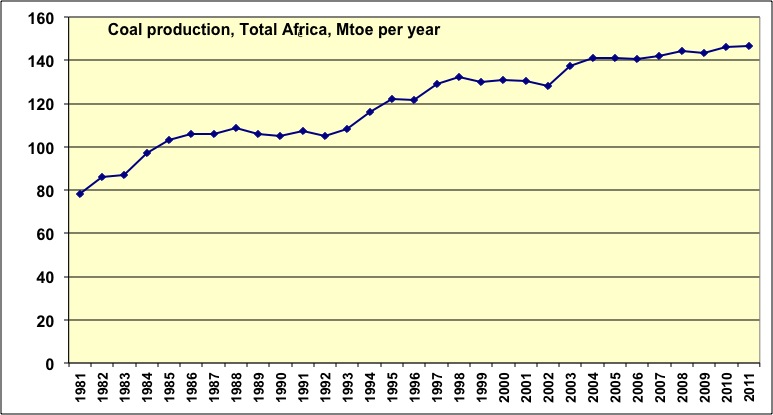 This zone is dominated by Colombia (90% of the production) which has not passed its peak. 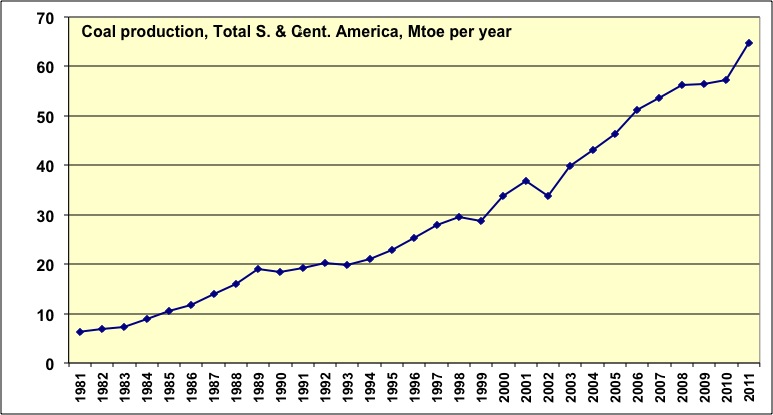 The US represent 93% of the production of the zone. They are on a plateau, but they have the first reserves in the world, so it is difficult to know how far they are from a peak. Such an event nevertheless happened for some types of coal and some regions. 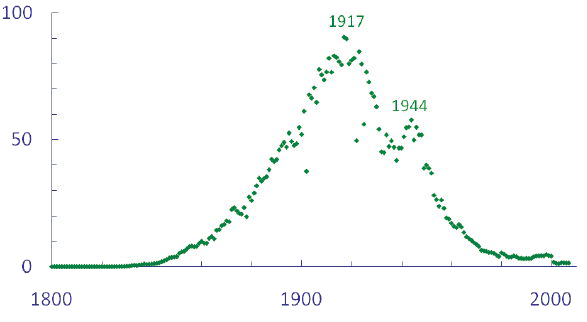 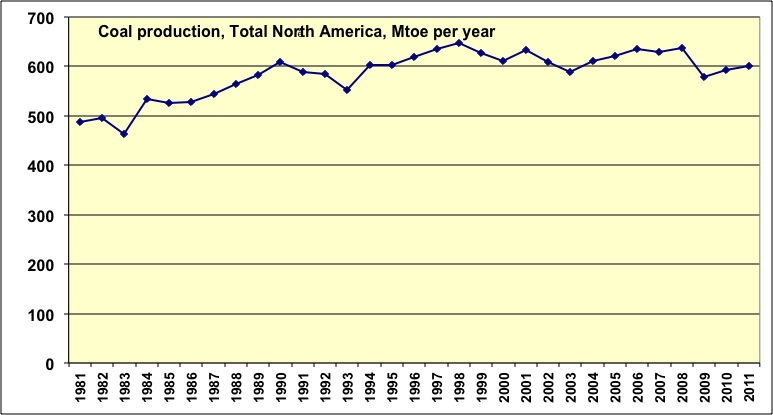 At the world level, the peak in coal production could happen anywhere between 2020 and 2150, and most authors put this event in the second half of the 21st century. But two conclusions can be kept in mind :