Picture a mountain lake. When it is in an equilibrium state, it receives as much water from above as it discharges downstream, and its level remains the same.

If, on the opposite, the upstream flow decreases (for example in summer), the level of the lake will get lower until the downstream flow (that decreases when the water lever diminishes) is equal to the new upstream one, then will also stabilize at the new level.

It is also possible to modify the downstream evacuation: kids might build a little dam, for example. The level will then increase until, enough water passing over (or through) the dam, the downstream flow exactly compensates the upstream one.

So whatever the case, a modification of the upstream or downstream flow results in a new equilibrium after a certain delay, with a stable level different from the previous one.

We have seen that earth received all its energy from the sun (stars are too remote to heat us ! and geothermal energy is marginal compared to solar energy: 1 to 10.000 in rough figures). At the time scales that we are interested into, the incoming solar energy does not vary much (it does vary a little, but, in first approximation, the results of these variations is weak compared to what we are looking at here).

We have also seen that earth emitted back some energy, under the form of infrared radiation. Just as our mountain lake, the earth (including its atmosphere) has a tendency to radiate as much energy as it receives from the sun. As the incoming energy does not vary, it means that the outgoing radiation that leaves the atmosphere towards space has also a tendency to remain constant. 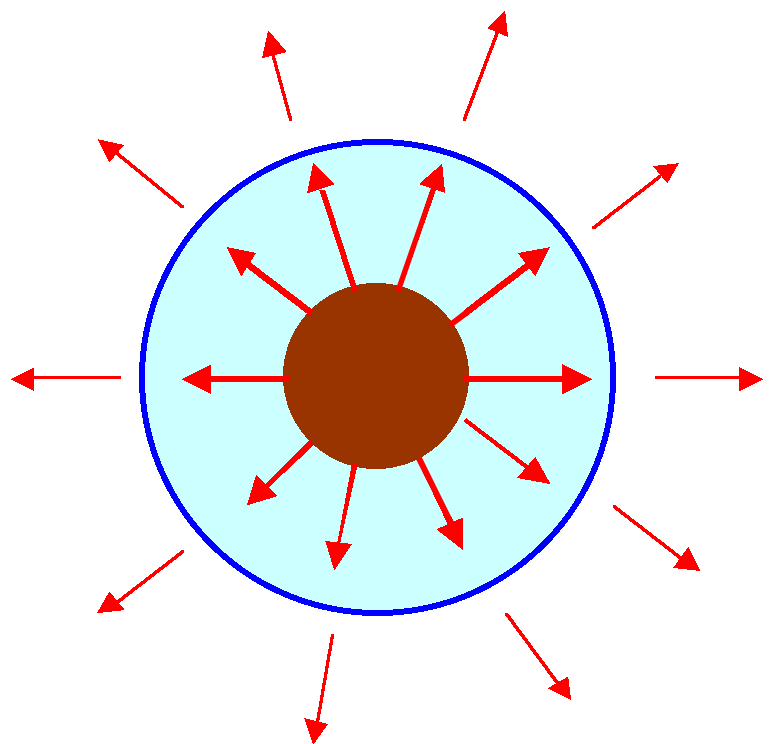 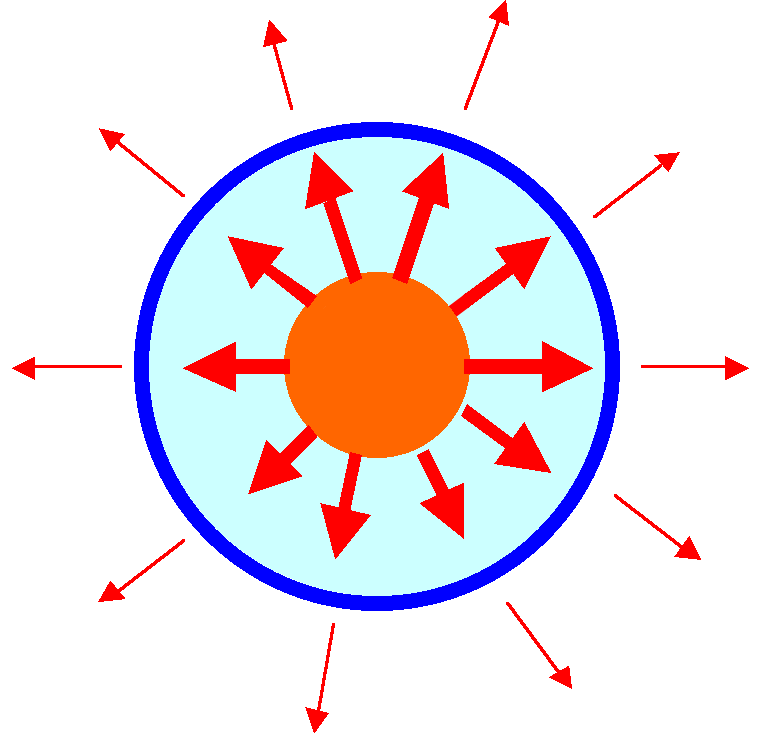 The radiation emitted by the surface must be more important – and therefore the surface hotter – in order to keep the same outgoing radiation at the top of the atmosphere.

The rest of what is emitted by the ground is absorbed by the atmosphere and sent back to the ground (not represented here, but shown in this article).

The energy of these additional infrared “held prisoner” will heat up the lower atmospheric system and the earth’s surface. These latter will therefore become hotter (because of the additional heating), and as a consequence will radiate more energy (the power radiated by an object increases with its temperature: a cold oven radiates less than a hot oven, what everybody can easily verify by him (her) self !). The temperature increase will go on and on until the infrared radiation that manages to escape to outer space becomes the same than before modifying the atmosphere (drawing above), just as the water level in our mountain lake is modified until the upstream and downstream flows are equal again.

A new equilibrium state is reached, with the same amount of radiative energy leaving earth “seen from Mars”, but in the meantime the earth’s surface has heated up and the internal energy exchanges have increased.

As we are constantly increasing the atmosphere’s opacity to infrared, this heating up process (for the ground) is exactly what is happening today. That is why some people say that the earth is warming up.